One of the most common questions that I get asked by the public when I am at educational events is whether rabbits will get along with their other pets, such as dogs and cats. My answer is always the same: It depends on the dog or cat, not the rabbit. Rabbits are vegans and get along with all creatures.

This is a tough subject to write about at this moment, because a tragic thing happened last weekend that made me contemplate this issue. A friend who was fostering some rabbits that he rescued accidentally had his dogs get into the area that he was keeping the bunnies and they were killed. I am absolutely certain that no one was more horrified or saddened than this family.

They had with all good intentions saved these bunnies (mother and daughter) from a miserable existence in a petting zoo. They were not spayed and so were most likely going to suffer from tumors or cancer before they were four years old. After bringing them home, the family discovered that the daughter had a terrible malocclusion of her front teeth, so they had two surgeries to correct that problem. Both girls were also spayed, at considerable expense for this family.

Someone working at their home, left a door open and the tragedy occurred. While thinking about this sad story, I thought that this certainly happens hundreds of times a day across America. It is not because anyone intentional wishes for this to happen, but rather it is purely an accident. In my mind, this begs the question, “Should you even have a pet rabbit, if you have another animal who will potentially harm him?” 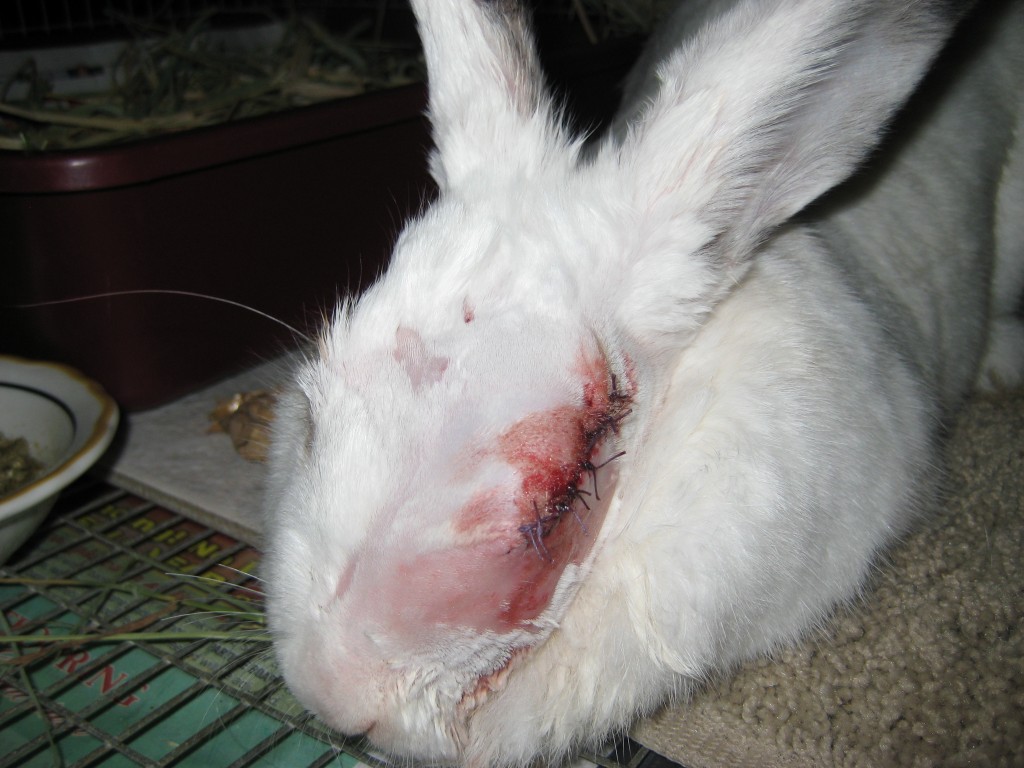 Result of a predator attacking a pet bunny.

This is a tough question, but from the rabbit’s point of view in every case, I am sure you can say that the answer is probably a NO. I think it is one thing, if you have a dog or cat that you feel will learn to live in harmony with the bunny. I have seen this in many families and it worked for many years in mine. Millions of people have pet dogs, cats and bunnies living together happily.

Where I think the problem arises is when you have a critter whom you know will harm your rabbit and decide that you can keep them separate and protected from each other for long term. First off, I want to say that the rabbit virtually always comes out the loser, if for a single second you fail. I have heard this story about an accidental death of a bunny too many times to count. If it is so common, then why does it happen so often?

Maybe the problem is that we underestimate the prey drive of our other predator pets, like dogs and cats and overestimate our bunny’s ability to survive being bitten, even once by one of them. A dog does not even have to be trying to harm a rabbit to kill him. Most of the time when a dog hurts a bunny, he is trying to play with him.

A rabbit darting quickly across the room or yard sets off an instinct in many dogs that is just so intense that they cannot resist it. Before you can say two words, the deed is done.

Is this preventable? Possibly, but it is almost inevitable, even if you are very careful. You may prevent this deadly interaction for years, but it only takes a second of negligence and nature takes it course. In the case of my friend, it was a worker who was not used to constantly having to think about protecting the rabbits when the disaster happened. It could have happened to anyone, and IT DOES. It happens all the time. 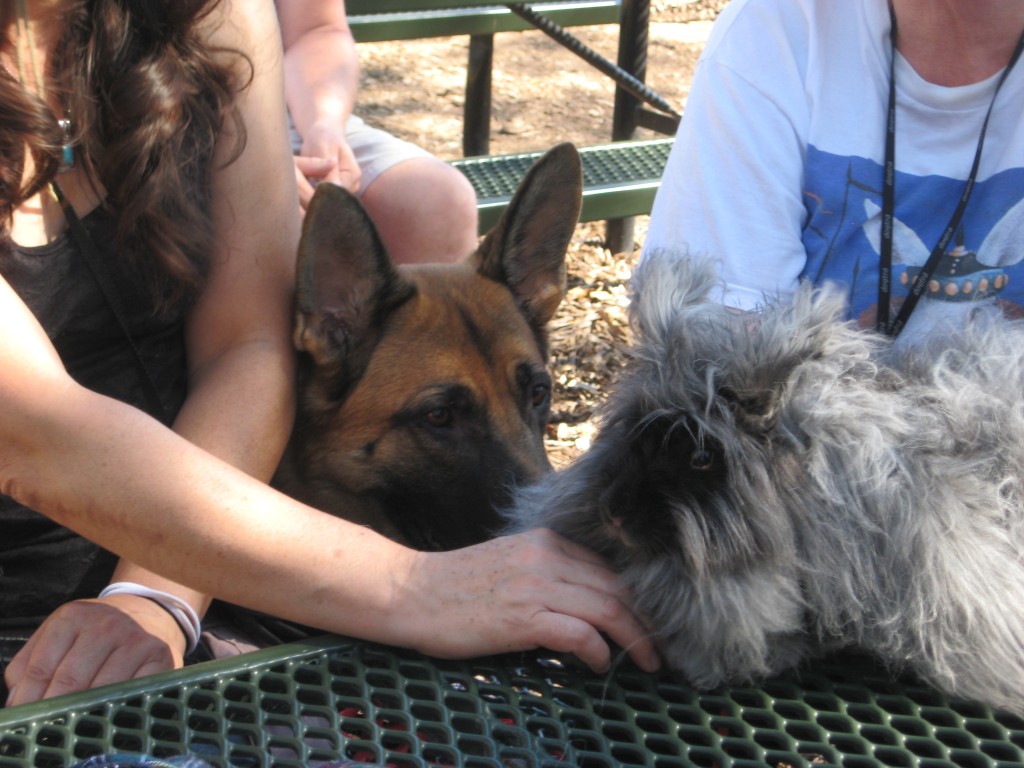 Do you see that look in his eyes?

This is why I have decided that it is truly not a good idea to have a pet rabbit and a dog or cat with a prey drive. No matter how well that you think you can do at keeping the bunny safe and happy, he is not going to be happy unless he gets time to run and play. If he is running and playing where a dangerous dog has the potential to attack him, then we have a problem.

One needs to honestly assess whether your dog/cat is one who would TRULY be a good companion for a bunny. If you have an older dog who likes to cuddle with a cat buddy and licks him, then you might have a dog who can get along with a rabbit. If you have a dog who chases squirrels or cats in the park, who wants to play rough with you all the time and is very puppy-like or hyperactive, he probably should not live anywhere near a house bunny. This takes an honest unselfish approach on the matter.

Why sentence a rabbit to a horrible violent death by choosing to bring one home because he is “just so cute”, knowing that your pet rottweiler would love to make him lunch, the first chance he gets. In my opinion, is just selfish and wrong-headed.

It can get a lot trickier when you are actually trying to make this choice in the moment and thinking about adopting or rescuing a bun. The answer is usually not just so black and white. I feel that when making this decision that you need to be very objective and remember that having a pet house rabbit is simply not for everyone. Forcing the issue and taking on a bunny, when in your heart you know you shouldn’t, is just a disaster waiting to happen. Maybe you need to wait until your situation changes at a later part of your life.

As I said, this is a tough issue and I am sure a lot of folks will disagree or have their own perspective on this issue. Please share your thoughts. What do you think?